Meg Rosoff sparks diversity row over books for marginalised children.  From The Guardian.

I Took All of Albus Dumbledore’s Advice for a Week, and Here’s What Happened.  From Muggle.net.

Patrick Ness on writing fantastical fiction for teens in The Rest of Us Just Live Here.  From Entertainment Weekly.

11 Musicals Based on Children’s Books.  From backstage.

'The Good, Bad, and The Celebrity Picture Book.'  From The Huffington Post.

Illustrators reveal their Northern Lights daemons – in pictures.  From The Guardian.

Fight back! Why we need angry girls in YA.  From The Guardian.

Mattel Consults Feminists and Academics for Superhero Dolls.  From PSFK.

I Read The New Gender-Swapped “Twilight” Book So You Don’t Have To.  From BuzzFeed.

Cut to the Core: How to Renovate Your School's Library.  From PW.

A decade of ‘Twilight’ has left its mark on pop culture.  From The Salt Lake Tribune.

Does a Gender-Inverted ‘Twilight’ Prove the Story Isn’t Sexist?  From Flavorwire.

Stephenie Meyer says E.L. James’ ‘Grey’ stopped her from finishing ‘Midnight Sun.’  From Hypable.
Which National Book Award Fiction Finalist is Right for You?  From PW.

Rainbow Rowell's Carry On: meta-fan fiction, or simply a novel? From The Guardian.

Rick Riordan explains how he translated Norse myths for kids in Magnus Chase.  From Entertainment Weekly.

How Philip Pullman's The Golden Compass changed one girl's life.  From Studio 360.

Taye Diggs on writing Mixed Me! for his son: 'He shouldn't have to explain himself to anyone.'  From Entertainment Weekly.

Into the River book ban lifted.  From nzherald.co

The Hidden Depths of Sandra Boynton’s Board Books.  From The New Yorker.

Mary Poppins Treasures on View at the New York Public Library.  From PW.

Caught In The Middle: Librarians On The Debate Over LGBT Children’s Books.  From Kera News.
Writers’ Inspiring New Project Will Send LGBT YA Books to Libraries and Shelters.  From Flavorwire.
Teens have no idea how to react when given a set of encyclopedias.  From Mashable.


The calamity of the disappearing school libraries.  From The Conversation.


School Libraries Are Under Attack.  From New Republic.
Life After No Child Left Behind.  From The Atlantic.


Want boys to read? Tell them books are 'highly inappropriate' says Nick Hornby.  From The Independent.

Raising Kids Who Love Reading, Devour Books Voraciously, and Practically Beg for a Trip to the Library.  From The Huffington Post.
How Well Do You Actually Know The Baby-Sitter’s Club Girls?  From BuzzFeed.

The shape I’m in: Eoin Colfer, children’s laureate.  From The Irish Examiner.

150 years of Alice in Wonderland - in pictures.  From The Guardian.

How School Leaders Set the Stage for PBL Success.  From edutopia.

Why I Included Abortion in My YA Novel.  From Cosmopolitan.

JK Rowling reveals why the Dursleys dislike Harry Potter so much.  From The Guardian.

Beekeepers Team Up With Winnie The Pooh To Save Threatened Bees.  From Tech Times.

Harry Potter and the Cursed Child play to open in West End in 2016.  From The Guardian.

ALA Addresses its Challenged Book List After Questioning by FiveThirtyEight.  From SLJ.

Controversial New Textbooks Go Into Use This Fall In Texas.  From WBUR.


'Me And Earl' Director Traces Path From Scorsese's Assistant To Sundance.  From NPR.

What I Learned From Reading Pro-Confederacy Children’s Books.  From Slate. 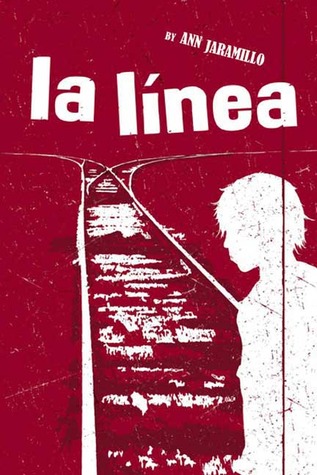 Miguel's parents left him and his little sister in Mexico while they went to California to start a new life.  That was nine years ago.  Miguel is now 15, and finally, his father has sent for him.  Miguel will make the dangerous journey north to the border.  It would have been hard enough alone, but when Miguel's sister Elena steals away after him, it might be impossible.  Without enough money for two, they'll have to take even more risks in the hopes of reaching la linea.

This is such a slim little book, but so powerful.  Jaramillo captured the fear, the danger, the determination, and the hopelessness of the kids who try to cross the border.  Some to rejoin families, but some are completely alone.

How the Modern Detective Novel Was Born.  From PW.

The teacher who inspired Terry Pratchett.  From The Telegraph.

Pratchett's daughter rules out Discworld follow-ons.  From The Bookseller.

The Dark Side of Nursery Rhymes.  From the BBC.

Elizabeth Banks in Talks to Direct YA Fantasy 'Red Queen'.  From The Hollywood Reporter.

The Worst Canonical Kids’ Books and What to Replace Them With.  From Flavorwire.

32 Enthralling Summer Reading Books For Kids Of All Ages.  From The Huffington Post.

Pooh and friends – Memorable Animals from Literature.  From Seattle Pi.

How FANGIRL Restored My Faith in Humanity.  From BookRiot.

Jesse Andrews Learns on the Fly to Write ‘Me and Earl and the Dying Girl.’  From The New York Times.

Fathers not reading enough to their children, says Book Trust.  From The Guardian.
Reality Is Overrated: 5 Completely Insane Books You Should Read with Your Kid.  From Brightly.


12 of the Sweet Valley High Books' Most Ridiculous Plotlines.  From mental_floss.

Mark Haddon - don't use Curious Incident... as an autism "textbook."  From The Telegraph.

Thanks To J.K. Rowling, Dumbledore And Gandalf Got Married This Weekend.  From Buzzfeed.

The Folk Keeper by Franny Billingsley Years ago orphaned Corinna became Corin and started a new life as a Folk Keeper.  A Folk Keeper is important.  It is they who keep the Folk satisfied so they don't cause the crops to spoil and animals to sicken and die.  Everything changes when she is taken to be Folk Keeper at Marblehaugh Park, a manor house by the sea.  By the sea, Corinna is suddenly overwhelmed by powers she didn't know she had, and begins to piece together who she really is.

I loved Chime by Franny Billingsley but hadn't read anything else by her.  The Folk Keeper has some similarities with Chime, in particular the story twists and turns and keeps you guessing and then all comes together wonderfully in the end.  The Folk Keeper wasn't anywhere as confusing as Chime, which I always warn kids that they won't know what's going on for the first half but stick with it because it gets awesome.

Corinna decides to become a boy because she's suffered through life as a servant for others.  As a boy, she can be a Folk Keeper.  She has no training, of course, but she learns by listening and bribing others and becomes quite a good one.  Corinna has constructed for herself a very careful world devoid of emotions or attachments.  If someone does her wrong, she quickly and quietly gets revenge on them.  This is how she has survived alone for many years.  She is cold and vindictive and careful to make sure everyone respects the position she has so carefully built for herself.

Corinna is thrown when Sir Edward and Lady Alicia come asking for her by her true name, as she's gone as Corin for years.  She meets with Lady Alicia's husband, who speaks with her briefly before dying.  He wants to take her into his household.  She refuses, but agrees to come if she can stay Corin and be their Folk Keeper.  So Corinna, still as Corin, travels to the seaside where Marblehaugh Park is.

At Marblehaugh Park Corinna meets Lady Alicia's son, Finian.  Finian is heir to the estate, but all he wants to do is build boats and sail.  Corinna, for all her boasting and confidence in her abilities finds the Folk of Marblehaugh Park are nothing like anything she's experienced before.  They are ravenous and blood thirsty and Corinna is hardly able to hold them off.  In order to arm herself against them, she makes a deal with Finian.  He will tell her secrets of the estate she might be able to use to protect herself against the Folk, and she will give him convictions to be able to stand up to his mother and stay with the sea he loves.

Corinna has more people in her life then she ever had before.  She is actually beginning to care about people, which she doesn't like at all.  She is also experiencing strange things.  Why did she take to sailing so easily?  Why did swimming in the water feel so natural that one night?  What is Sir Edward hiding?  Why did Lady Alicia's husband want her here in the first place?  Who is the Lady Rona?

Just like Chime, everything comes together in the end.  Corinna pieces everything together and then must make a choice: stay with the people she perhaps has grown to love, or return to her true home.

Great middle grade fantasy with mystery, betrayal, and a little bit of romance.
Posted by Arianna at 8:59 PM 3 comments